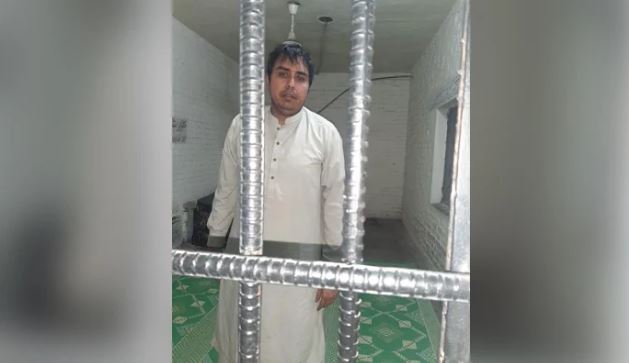 IHC Chief Justice (CJ) Athar Minallah directed the authorities to release Gill on bail after hearing arguments from all of the parties in the case. The court also directed Gill to submit Rs500,000 as surety against his bail.

Last week, Gill approached the high court after his failure to get bail from a trial court despite continuous efforts.

Following his bail, Gill tweeted on his official handle.

It is pertinent to mention that Shahbaz Gill was taken into custody on August 9 from Bani Gala Chowk for inciting the public against state institutions.

Last Friday (August 12), a district and sessions court in Islamabad hearing a sedition case against Shahbaz Gill rejected the prosecution’s request to extend Gill’s physical remand. Instead, the court had sent him to jail on judicial remand. A plea was then filed by Islamabad Advocate General Jahangir Khan Jadoon in the Islamabad High Court on August 13 challenging the order.

Shahbaz Gill told the court on August 12 that he was being subjected to extreme torture in custody.

“I am a professor, not a criminal,” said Gill, adding that he was not permitted to sleep and not even allowed to meet his lawyers.

‘He was stripped naked’: Imran Khan

PTI Chairman Imran Khan recently revealed that his chief of staff Shahbaz Gill was stripped naked and beaten up in custody.

This is political victimisation: Shahbaz Gill

Gill was presented in a court earlier today after the completion of two-day physical remand.

He said that his arrest was political victimisation.

“No honourable Pakistani will ever say anything against the Pakistan Army,” added Gill.

Gill denied reports that he admitted his guilt or that he made the statement on Imran Khan’s instructions.

A court in Islamabad on Wednesday (August 10) approved a two-day physical remand of Gill in a sedition case. The police had been directed to produce Gill before the court on August 12 (Friday), while the investigating officer was told to get the PTI leader medically examined.

Gill, who is PTI Chairman Imran Khan’s chief of staff, was taken into custody on August 9 from Bani Gala Chowk for inciting the public against state institutions.

While talking to the media, Gill said he was not “ashamed” of the statement that he made on the private television channel.

“There was nothing in my statement that I am ashamed of [….] my statement was of a person who loves his armed forces,” said Gill.

The PTI leader said he did not attempt to provoke anyone and that he was only pointing toward bureaucrats who were involved in “wrongdoings”.

Dr Shahbaz Gill was arrested for inciting the public against the state institutions, a spokesperson of the Islamabad Police clarified.

“Shahbaz Gill has been arrested for making statements against the state institutions and inciting the people to rebellion,” said a police spokesperson.

A case has been registered against Gill at the Bani Gala Police Station, said the spokesperson. Besides other charges, clauses relating to inciting people against the state institutions and their heads were added to the First Information Report (FIR).

Gill served in Imran Khan’s cabinet as a Special Assistant to the Prime Minister till April 10, 2022

’Abduction not an arrest’: Imran Khan

PTI Chairman Imran Khan termed the arrest as an abduction.

“This is an abduction not an arrest. Can such shameful acts take place in any democracy? Political workers treated as enemies. And all to make us accept a foreign backed government of crooks,” tweeted PTI Chairman Imran Khan.

Khan shared a video in which Shahbaz Gill’s assistant said, “I wasn’t unlocking the car so after moving it to the side, they also subjected me to violence — look at my neck — and after that, he [Gill] was also handcuffed and they broke the car windows with Kalashnikovs,” adding that Gill was “dragged around as well and there were around eight to 10 cars”.

The CCTV footage of Gill’s arrest has surfaced and it contradicts the claims made by PTI leadership after Gill’s arrest.

In a video, Gill’s driver claimed that they were manhandled by those who came to arrest Shahbaz Gill.

“Around 15 to 20 cars with black mirrors were there. They did not show us any warrant or any paper. They broke the car windows with Kalashnikovs as if there was a terrorist sitting in the car. I sat silently, they kicked him [Shahbaz Gill] and then handcuffed him. They treated us like we had murdered someone. Then they stopped me and hit my neck with the Kalashnikov. They asked me to give his [Gill’s] phone, they were asking about the data. There was no number plate on the cars. All were in private cars.”

In another video shared by PTI Chairman Imran Khan, the driver also showed his wounds.

What does the CCTV footage reveal?

The CCTV footage shows that the security personnel gather around Gill’s car and signal him to come out of the car.

It can be seen that Gill doesn’t comply with the order. Later, a security official breaks the window of the car with his gun.

Gill comes out of the car and is seen walking up to the police vehicle himself and sitting in the car.

After Gill is taken away, his driver can be seen parking the vehicle by the roadside.

Fawad Chaudhry, in a tweet, stated that Gill was picked up from Bani Gala Chowk by unidentified personnel in cars with missing number plates.

Earlier, Murad Saeed said that Shahbaz Gill has been taken into custody from Islamabad.

“The imported government is in panic,” Murad Saeed said in a statement on social media.

Former human rights minister Shireen Mazari said Gill’s abduction and ARY being taken off air was part of the “grand design of US regime change conspiracy and its abettors”.

A day ago, the Pakistan Electronic Media Regulatory Authority (PEMRA) had issued a show-cause notice to ARY News for airing comments by Gill and said they were “highly hateful and seditious” remarks tantamount to “incite armed forces towards revolt”.

The notice went on to say that Gill was invited via a telephonic call for his comments and during which he alleged that the government was trying to provoke the lower and middle tier of the army against the PTI.

Gill had said that the government leaders, including PML-N leader Javed Latif, Defence Minister Khawaja Asif and former National Assembly Speaker Ayaz Sadiq, had lambasted the army in the past “and they were at the government positions now”.