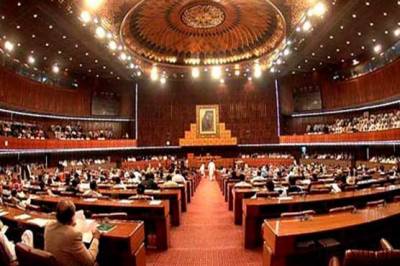 Speaker National Assembly (NA) Asad Qaiser summoned a session of the Parliamentary Committee on National Security on July1. Army chief and heads of security institutions participated in the meeting. Politicians and legislators were given an in-depth briefing on Kashmir, Afghanistan, and internal security challenges.

First of all, why did the Opposition ask the PM not to attend the meeting? Some say that the message by Shehbaz Sharif was miscommunicated. Well, the PML-N should clarify what message was conveyed, if any, and why.

Sharif wanted to sign a Charter of Economy in order to improve Pakistan’s economy so why would he not allow PM Khan to attend such a meeting. Prime Minister Imran Khan does not need Mr Sharif’s permission or anyone else’s to attend an important parliamentary meeting.

Secondly, even if Shehbaz Sharif had sent this message, why did the prime minister give in? This meeting was extremely important in light of the US withdrawal from Afghanistan and its consequences for Pakistan. All political leadership should have been there, including the PM, so as to come to a national consensus on these security issues. When has the prime minister ever listened to the Opposition before that he chose to finally pay heed to them now?

Thirdly, Speaker NA Asad Qaiser was the convenor of the meeting. Why did he discourage the prime minister from attending such an important and sensitive meeting.

Our leadership should not let their political differences come in the way when it comes to national security issues. Such differences should be limited to electoral politics, not on issues that have an impact on the future of the country. We hope that the next time there is such a meeting, or when issues related to the country’s future are discussed, all leaders would sit on the same table and build a national consensus.